Chris Froome: I’m on the right trajectory for the Tour de France 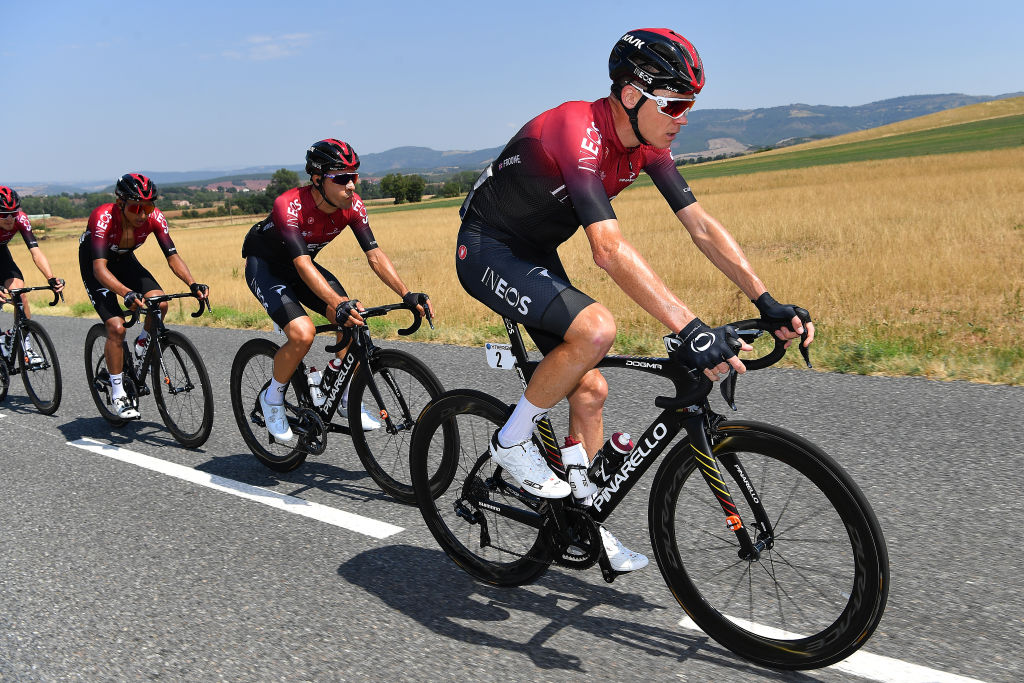 A question mark may hang over Chris Froome‘s participation in the upcoming Tour de France, but Froome himself believes he will be firing on all cylinders when the Grand Départ in Nice takes place in four weeks’ time.

Speaking just before the second stage of the Route d’Occitanie, Froome said, “I feel like I’m on the right trajectory in terms of the Tour de France. There’s still a bit of work to do, but that’s all part of the Tour build-up.”

The Briton acknowledged that the two-month postponement of the Tour had benefited his preparation.

“Very much so in fact. The delay to the major races has helped me take the next step in terms of being back to my normal self again,” he told Cyclingnews. “I think that given where we are right now, with just about a month to the Tour, I’m on the right trajectory for that race. I’m happy with where I’m at.”

Asked about his first day of racing since the UAE Tour finished at the end of February, Froome smiled and enthused about getting back to action.

“I loved it yesterday. It felt so good to be back in a proper race again, not only after the crash and coming back from injury, but after the whole COVID situation as well,” he said.

“It felt so good just to be able to do what we spent months and months and months preparing to do. Looking at the bigger picture, I also think from the perspective of everyone’s mental health that it’s good to be back.

“My legs felt good too,” he added. “OK, it wasn’t a hugely challenging stage yesterday other than the heat, but I felt surprisingly easy on the wheels.”

Looking ahead to Occitanie’s third stage through the Pyrenees to the summit finish at the Col de Beyrède, Froome said he’s under no pressure yet to get a result. “I don’t necessarily need to do well on that stage. Today [Sunday] is only my second day of racing in a very long time, and I’m just happy to get the racing in the legs at the moment with the obvious goal of being ready for the Tour.”

He refused to be drawn on his future beyond the Tour and the end of this season, when he’ll leave Ineos for Israel Start-Up Nation. “There are going to be a lot of changes, but that’s still a few months away, so I’m not really thinking about that now,” was all he would say on that issue, adding: “I’m just focused on getting the best out of myself for the rest of the season.”

On Tuesday, the Route d’Occitanie will finish with a stage starting in Gers, the home département of Nicolas Portal, who played a fundamental role in all four of Froome’s Tour wins as well as many other successes.

Reflecting on the loss of Portal, Froome said that he and the rest of the Ineos team will never forget the French directeur sportif.

“He’s been such a massive part of all of our lives over the last decade pretty much. It feels really strange to be racing in France without Nico, and especially down in this part of the world. But he’s always going to be with us,” the Briton explained.

The Kask Mojito³ is a ‘reincarnation of an icon’