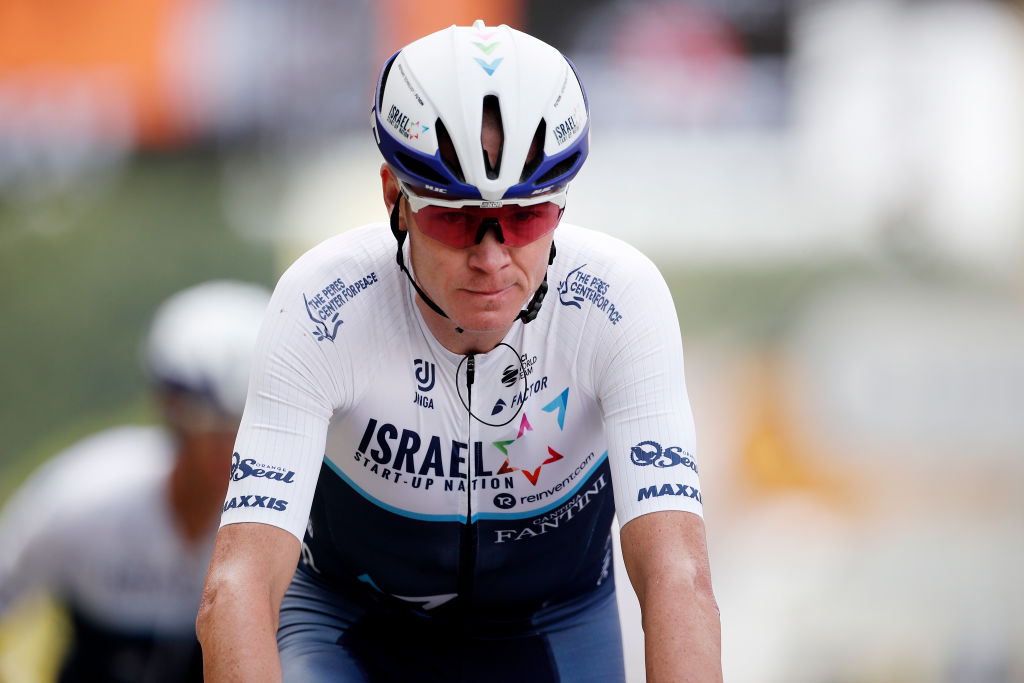 Chris Froome was mistaken for a local leisure rider on French television, as he made a surprise cameo appearance in a news item about forest fires in the south of France.

The four-time Tour de France winner was stopped during a training ride near his Saint-Raphaël home on the Mediterranean coast, the moment caught on camera by state broadcaster France 2 for regional news.

Roads in the Massif de l’Esterel mountain range have been closed due to the risk of forest fires in the height of the European summer and Froome was stopped from taking what is perhaps one of his regular rides into the mountains.

Froome was riding incognito, wearing a plain black jersey and riding a black disc brake bike and so was not easy to recognize by local council personnel who were enforcing the road closure.

A clip from the news item shows the journalist saying: “No one gets through. Not even this randonneur à vélo,” which translates as a cycle tourist or leisure rider.

Froome came to a stop when the guard opened his arms to indicate the road was closed. He accepted the road closure with a French ‘Okay’.

Major fires have swept across other parts of southern Europe, including Greece and Italy in recent weeks, with French residents being warned to stay away from the forests earlier this week.

Froome has not raced since finishing 122nd in the Tour de France. He had planned to ride Vuelta a España to prepare for the 2022 season but recently told Cyclingnews that he will instead opt for a series of shorter stage races and one-day races, including the Tour of Germany and Il Lombardia.

Vila: Movistar is in a process of change