Moscon: When you’re on the limit, you make mistakes 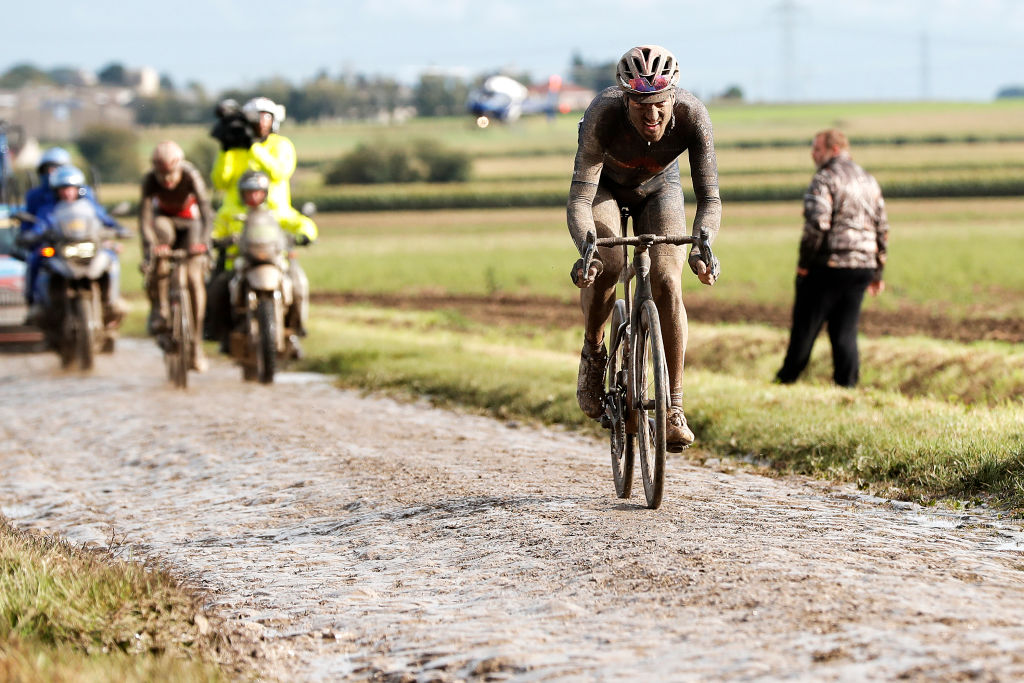 At one point in the final quarter of the first wet edition of Paris-Roubaix in almost two decades, it looked as though Ineos Grenadiers rider Gianni Moscon was on course to solo to the biggest win of his career in the Roubaix velodrome.

The 27-year-old Italian, who in his early 20s was a double national time trial champion and had top-five finishes at Paris-Roubaix and Il Lombardia on his palmarès, was not among the biggest favourites for victory on Sunday, having endured several relative lean career years where he’s been more known for various controversies than racing.

Moscon, who has over the years been suspended for racially abusing Kevin Reza and disqualified from the Tour de France and Kurrne-Brussel-Kuurne for punching and throwing his bike at other riders, went solo with a massive 53 kilometres left to run of the Hell of the North, leaving behind fellow breakaway survivors Tom Van Asbroeck (Israel Start-Up Nation) and Florian Vermeersch (Lotto Soudal).

However, despite holding a lead of 1:10 for 20 kilometres following his attack on the Auchy à Bersée cobbled sector, disaster struck for him after Templeuve as he suffered a rear wheel puncture. Moscon only lost 20 seconds in the bike switch, but a crash with 25 kilometres to go on Bourghelles à Wannehain all but ended his solo bid.

“I tried to attack from far out and gave everything I had,” Moscon said after the finish. “I just had a little bad luck with the puncture and then I was a bit on my limit. When you are on the limit, you make mistakes.

“I crashed but didn’t lose too much time. But then they came back from behind and I didn’t have the legs to follow them. I tried. Fourth place – we will try again next year.”

Moscon, who joins Astana for 2022, still retained a slim lead following his crash, but he was caught by his chasers – the eventual podium finishers Sonny Colbrelli (Bahrain Victorious), Mathieu van der Poel (Alpecin-Fenix), and Florian Vermeersch (Lotto Soudal) – on the notorious Carrefour de l’Arbre sector 17 kilometres from the line.

An acceleration from Colbrelli shortly after saw Moscon dropped from the front, and he wouldn’t return, eventually finishing 44 seconds – and a lap of the velodrome – down on the podium trio.

“Who knows,” he said when he was asked if he could’ve won without his bad luck. “You can’t say that now. The race went like it did. I also don’t know exactly how much time I lost because of the two incidents.

“This race is, I think, the most beautiful race in cycling. It was very spectacular race. I tried to put my cards on the table early by attacking early, but it didn’t work out. Another Italian won, so we can be happy as a nation anyway.

Vila: Movistar is in a process of change