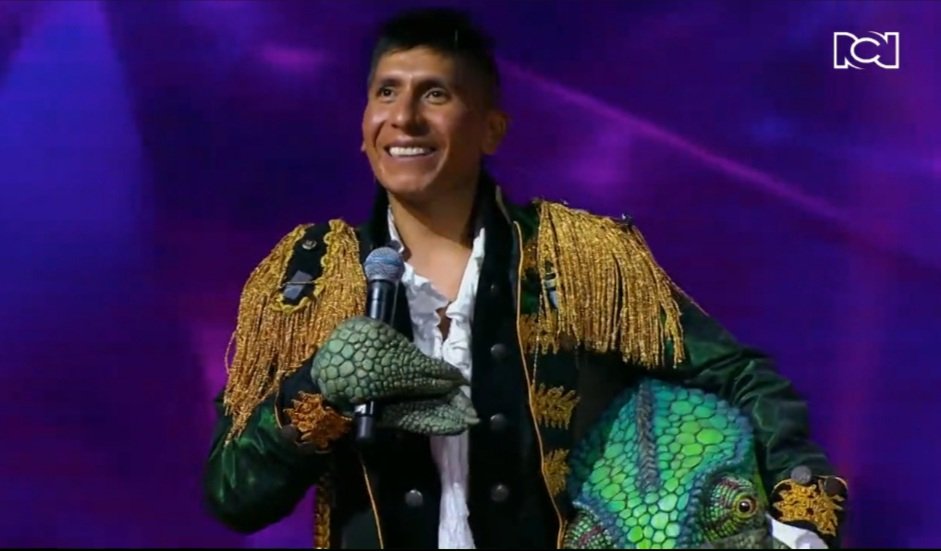 Just hours after crossing the line in 11th place at Il Lombardia in northern Italy, Nairo Quintana was spotted dressed as a chameleon, dancing and singing along to Corona’s Rhythm of the Night.

Saturday’s race was the last of 2021 for most riders but this wasn’t some end-of-season blowout on the part of the Colombian climber or his Arkéa-Samsic team.

Instead, Quintana was revealed as a contestant on the Colombian version of The Masked Singer, a television show in which celebrities are disguised in elaborate costumes, and other celebrities have to guess who they are based on their singing.

The show is pre-recorded, hence Quitnana’s ability to be in two places at ones, but Saturday night’s episode saw the former Giro d’Italia and Vuelta a España champion revealed as the ‘chameleon’ the judges had failed to identify.

According to Canal RCN, which airs the show, the panel were left “gobsmacked” when Quintana removed his chameleon head and showed his face.

“In the end they felt ashamed at not having recognised the important and iconic figure stood before them.”

Quintana himself said that the heavy costume caused him to “sweat more than when I’m on my bike”.

Quintana, who isn’t known – at least in professional cycling circles – for his exuberance, went on to perform a reggaeton remix of Rhythm of the Night, in scenes that are already going viral on the internet.

Quintana is a huge celebrity in his home country, having become the first Colombian to win the Giro d’Italia in 2014. He has been followed by a new generation of Colombian talent, with Egan Bernal claiming the country’s first Tour de France title in 2019, but is still treated with reverence reserved for few others.

Quintana’s 11th place at Il Lombardia put an end to a mixed season, in which his only wins were a stage and the overall at the Vuelta a Asturias, and which he could only manage 28th at the Tour de France.

Catch a glimpse of Quintana’s performance in the video below.