On top of recent new Aerfast & Fascenario aero road bikes, Storck now updates an ultralight Aernario.3 Disc Signature all-rounder road bike in a super limited edition. The big story though, is that this appears to be the first-ever ultralight Aernario to get disc brakes. And its frame seems to be just as light as ever, building up into a truly lightweight climber’s road bike… 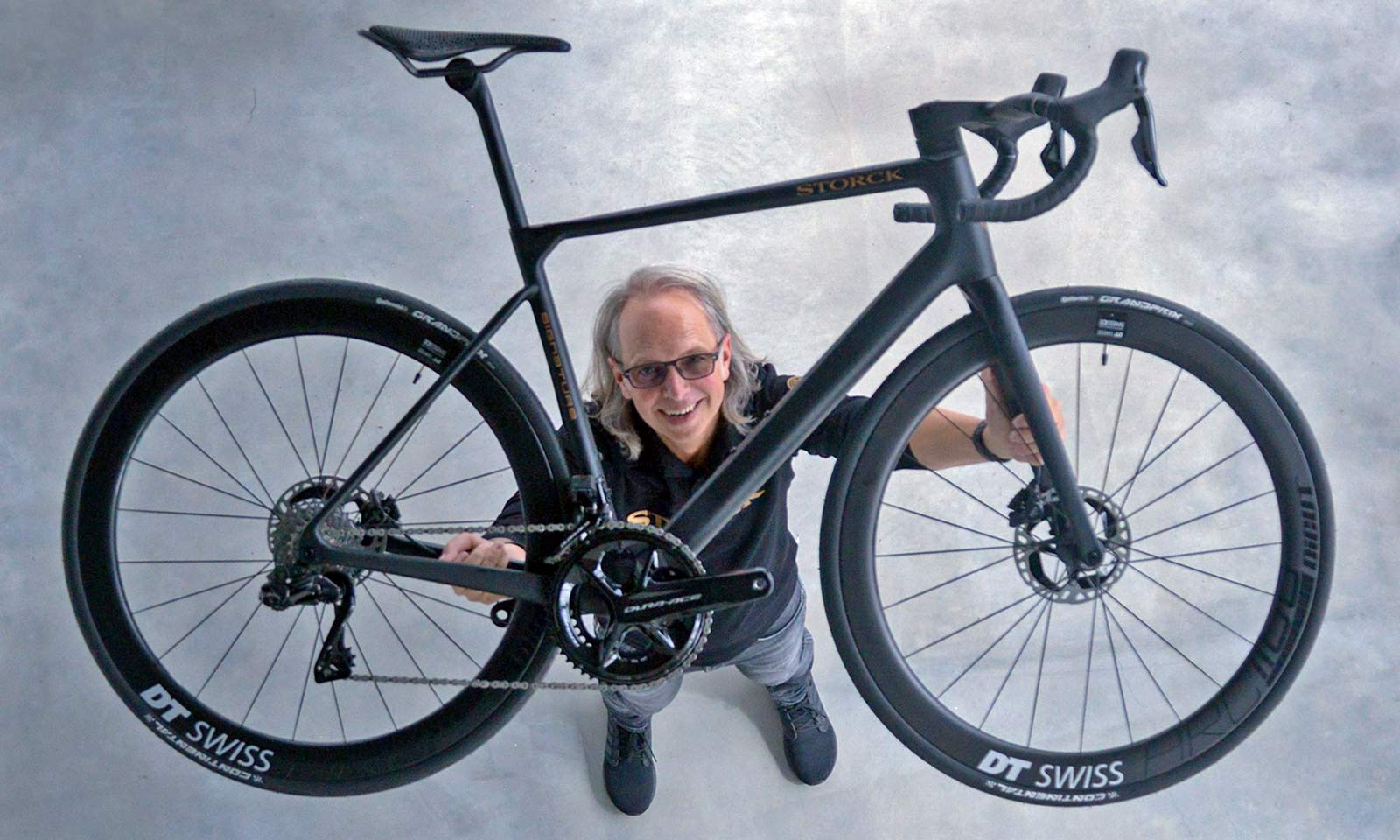 The Aernario has long been Markus Storck’s favorite light road bike, with special editions over the years weighing as little as 5.4kg complete with rim brakes. But this seems to finally be the first Aernario to get disc brakes, and the frame seems to be just as light as ever. 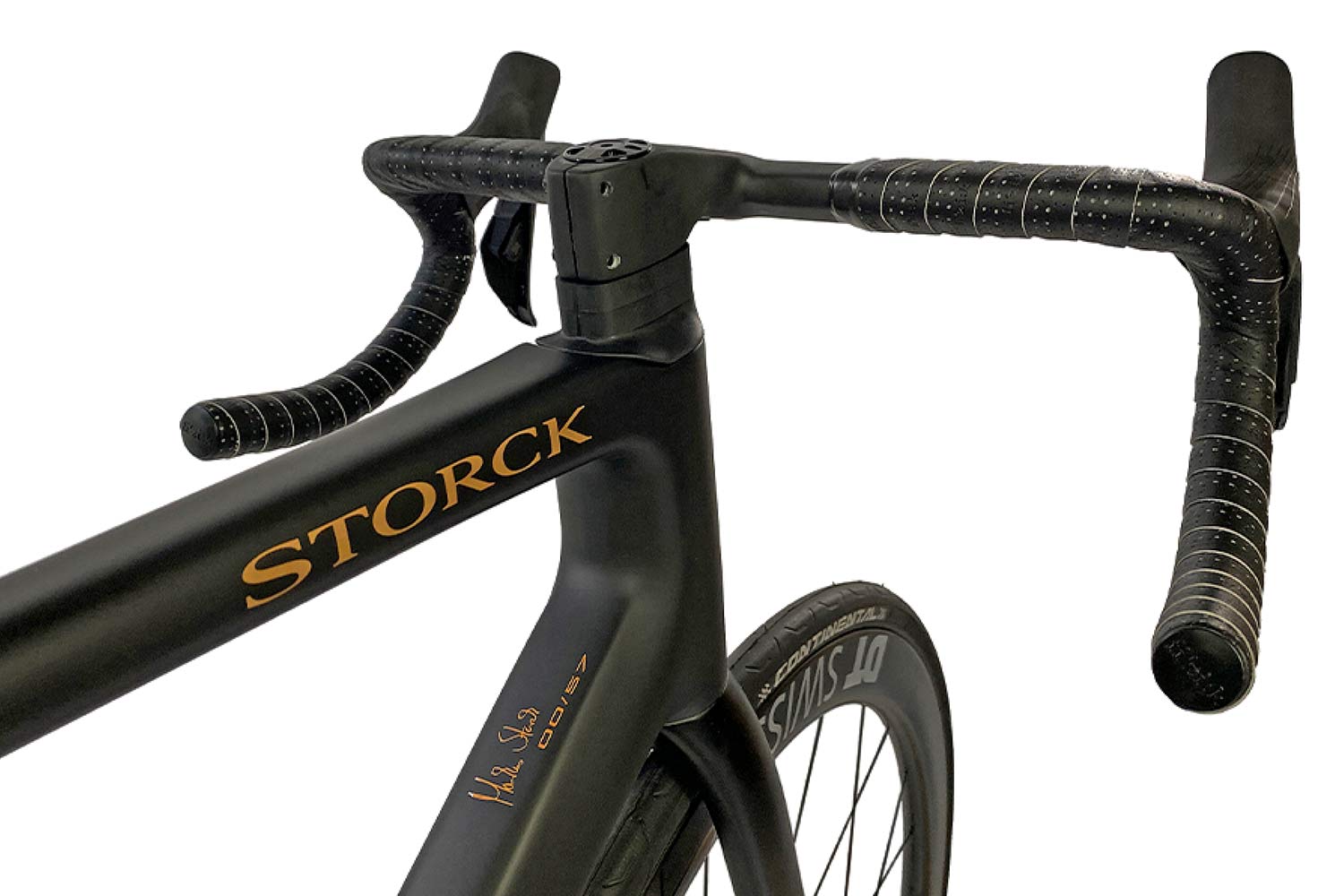 On the occasion of the Storck founder’s 57th birthday this past Wednesday, just 57 individually numbered & signed Aernario.3 Disc Signature complete bikes will be sold – in addition to Markus Storck’s #00/57. All bikes are fitted with electronic shift groupsets and hydraulic disc brakes, with fully internal cable routing and complete bike weights from just 6.2kg. 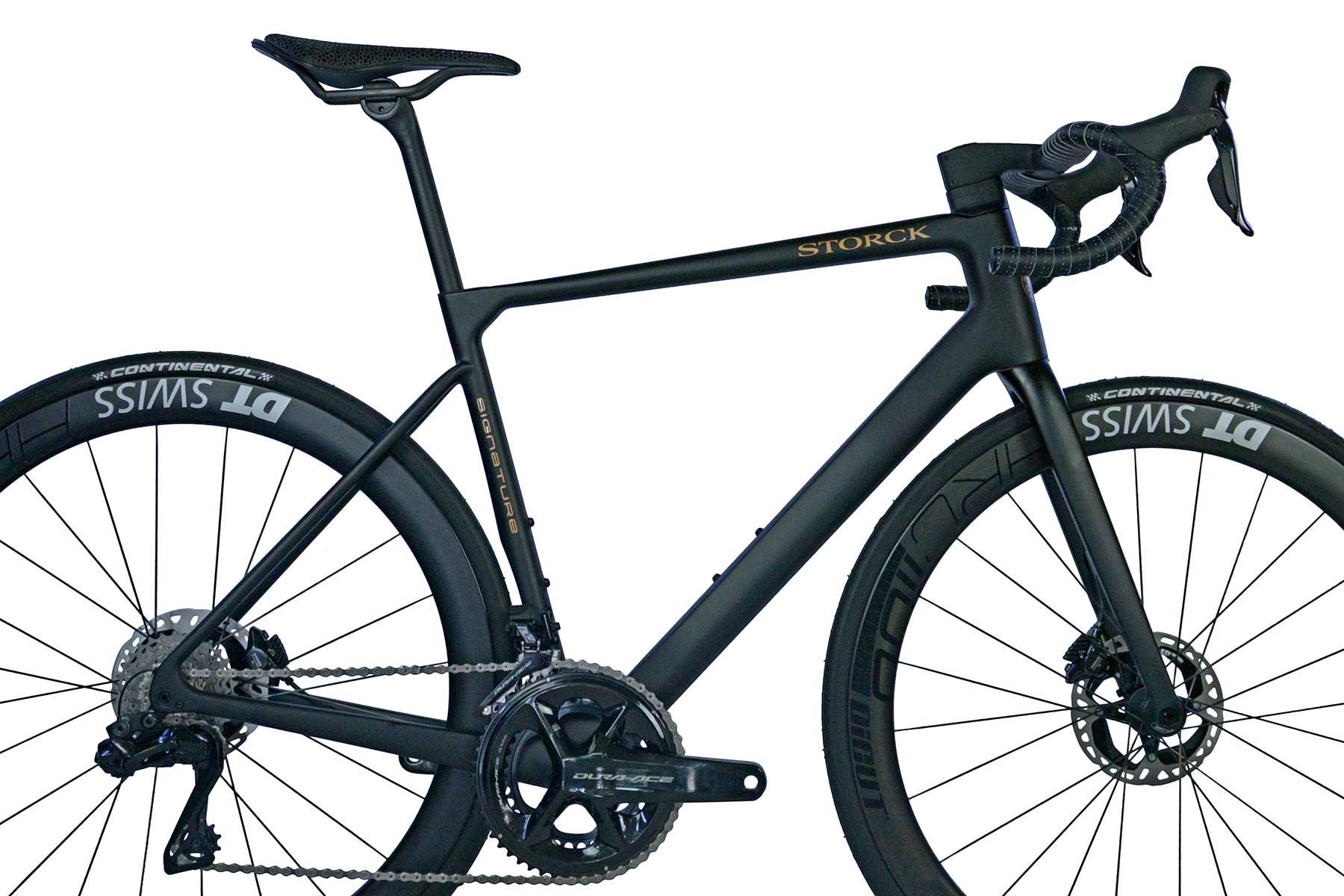 The Aernario.3 Disc Signature is a new disc brake only carbon bike made from reinforced UD “Japanese Military Carbon Grade Fiber” to deliver a claimed 700-750g frame – presumably designed in Germany and manufactured in China like previous Aernarios. Finishing is kept to a minimum for the Signature edition with a light matte black paint & low-key bronze graphics. 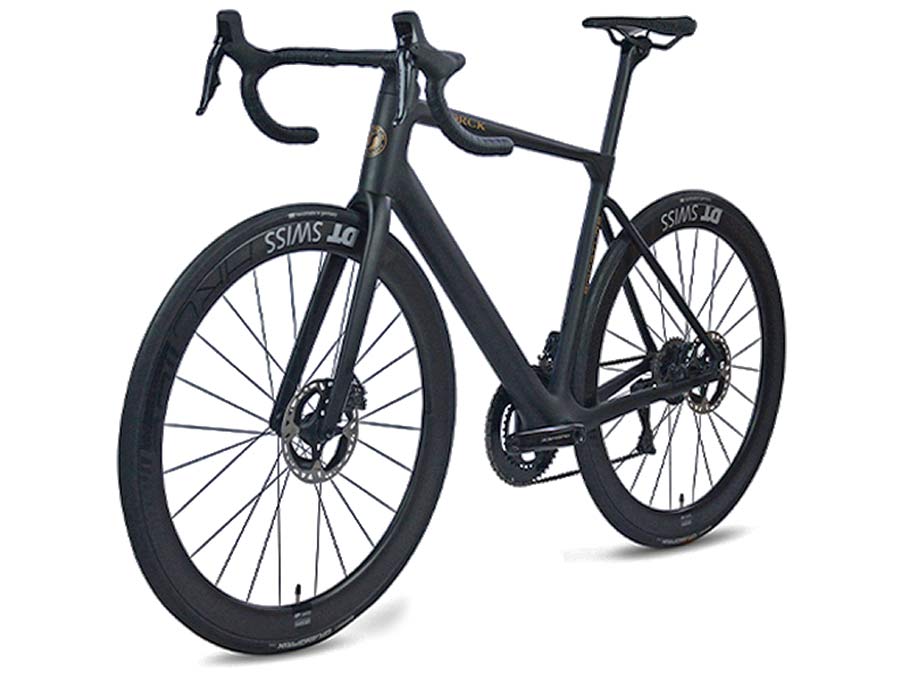 Storck also says the new disc brake Aernario.3 bike promises to be stiffer than previous generations, without sacrificing comfort thanks to “Hysteresis Flex” in both the seatstays and seatpost. 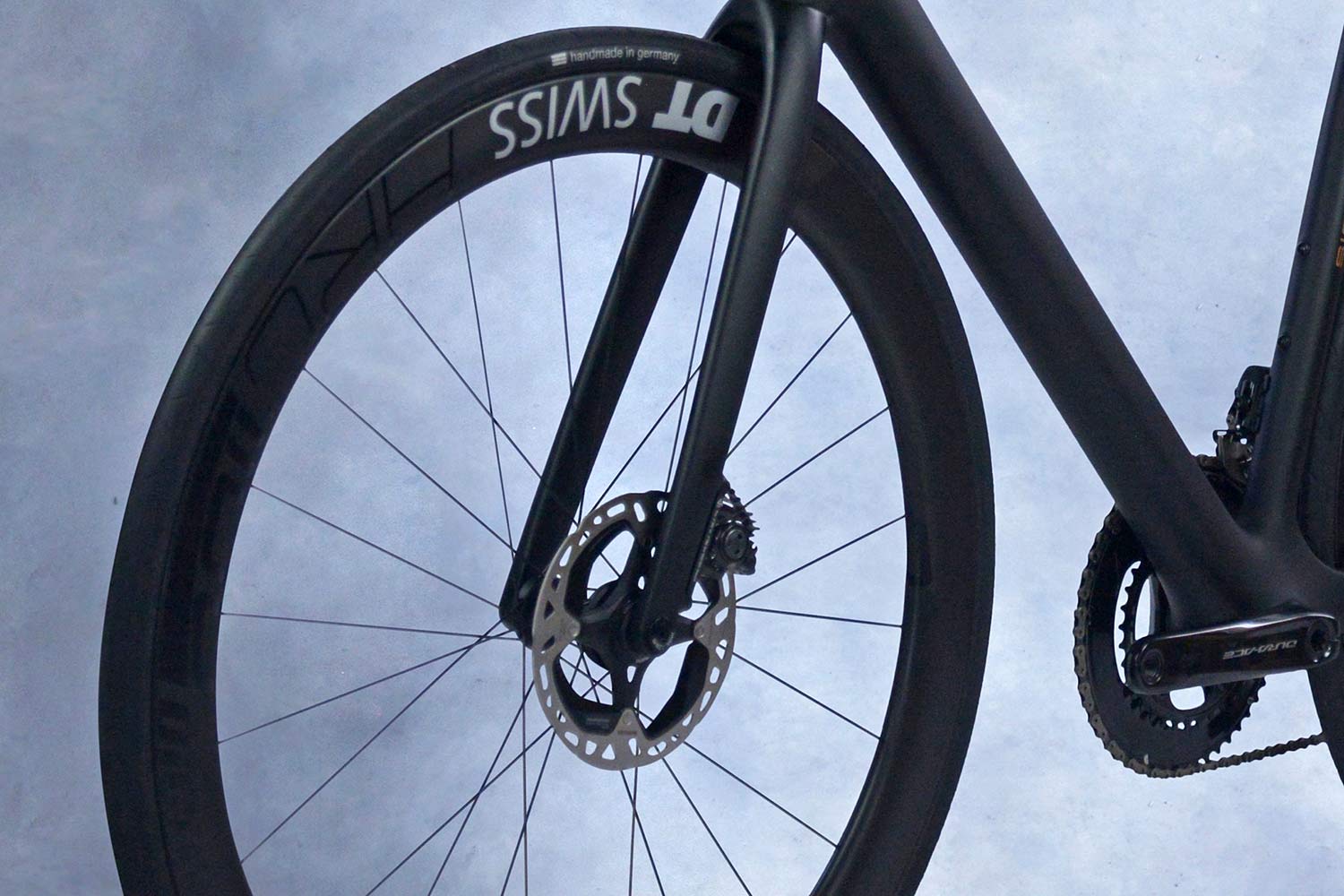 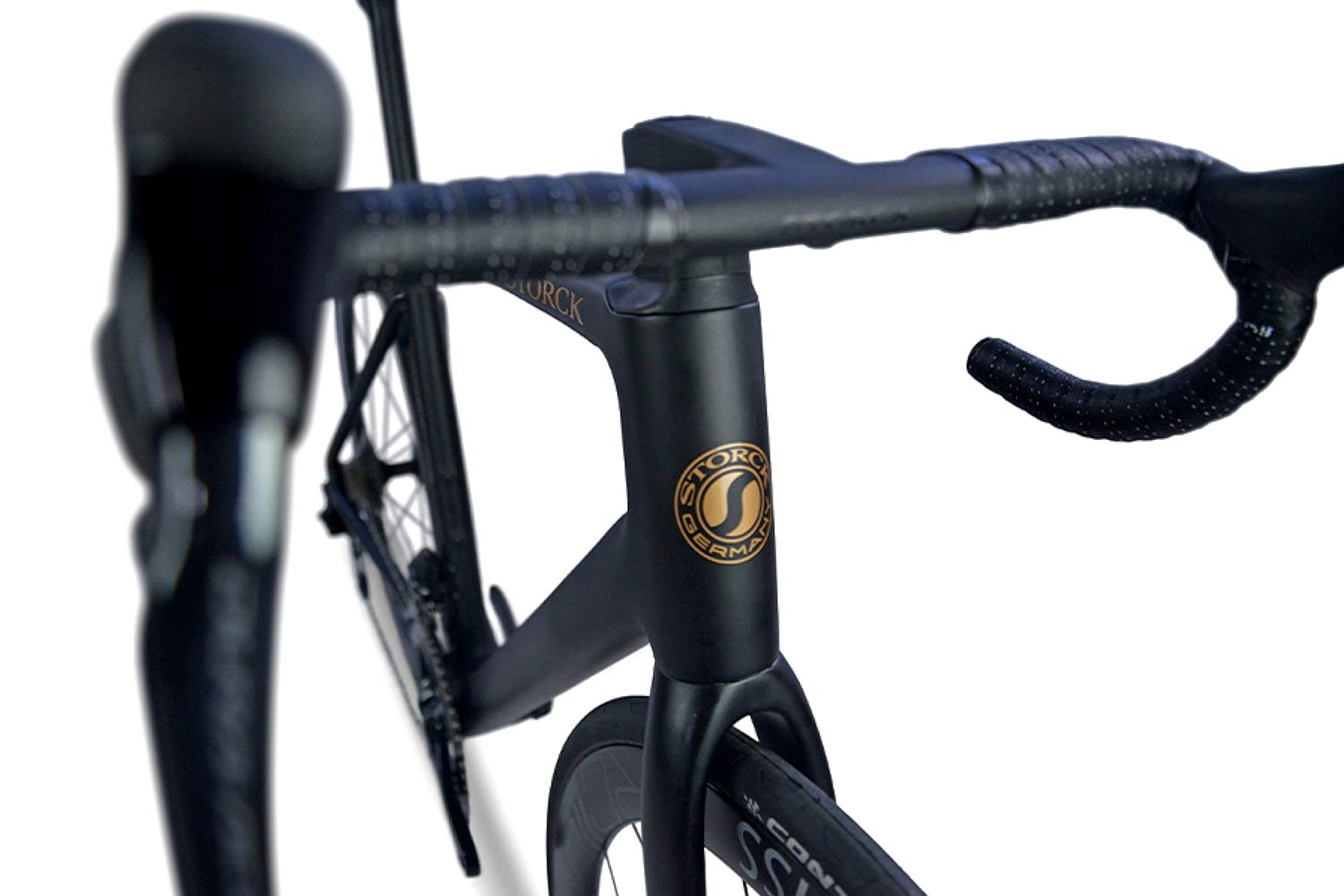 (The equally light rim brake Aernario.2 will carry over for roadies looking for an even lighter complete build.) 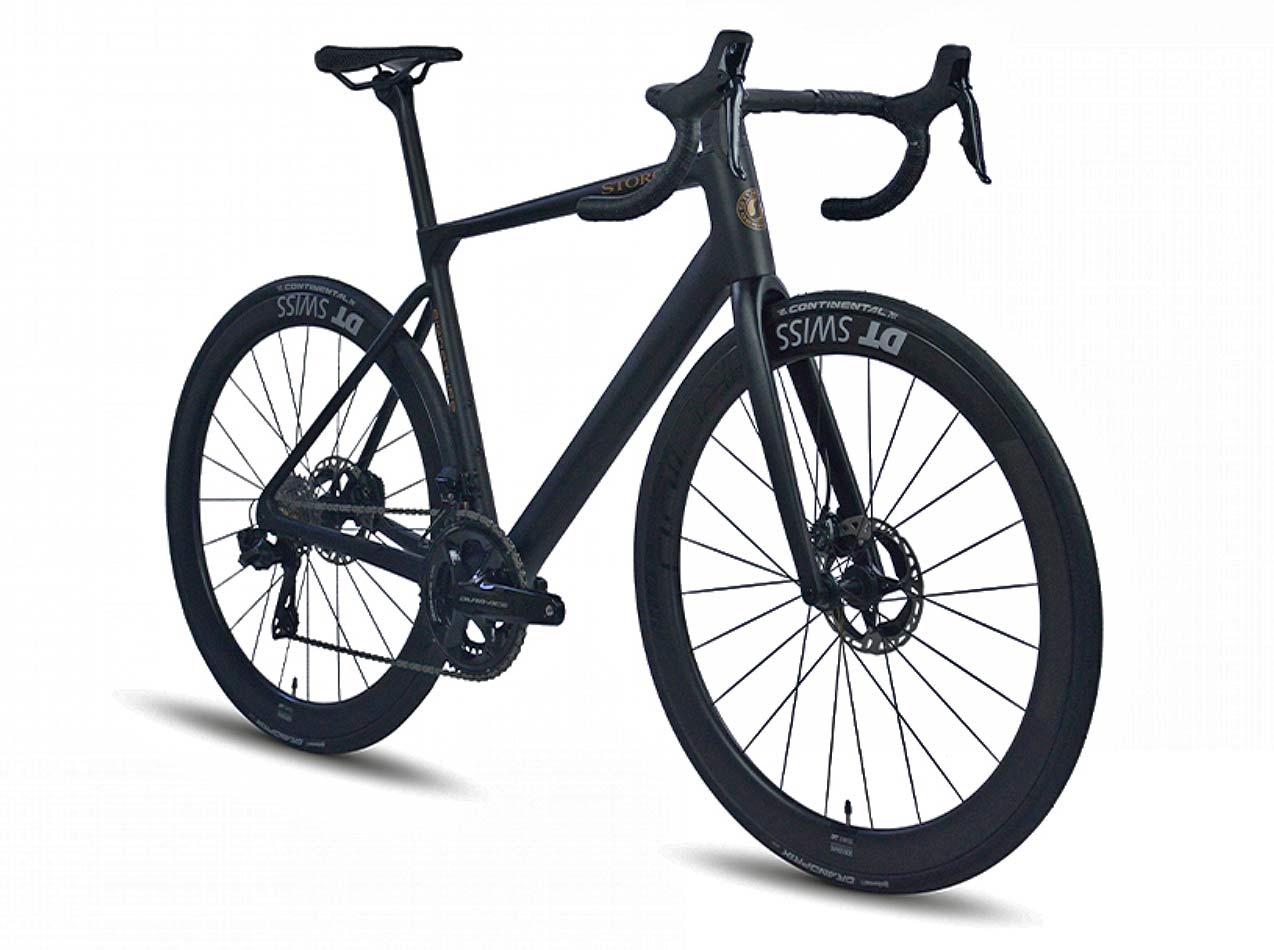 The most expensive option will be the SRAM Red eTap AXS build at 9777€, surely quite expensive, but all surprisingly palatable for a limited edition superbike like this.

All are available to pre-order now, with deliveries anticipated in late November 2021.