Vincenzo Nibali (Trek-Segafredo) stormed to his first and second pro wins in more than two years on home roads on Friday, powering to victory on the fourth and final stage of the Giro di Sicilia, and with that, taking the overall title.

The 36-year-old Italian came into the final day of the UCI 2.1-rated race sitting 10th overall, and he put in a blistering solo attack on the Sciara di Scorciavacca climb on the slopes of Mount Etna that left the rest of the field in the rearview mirror. He held on to take the stage with a healthy gap of 49 seconds, with Simone Ravanelli (Androni Giocattoli-Sidermec) the next rider across the line ahead of Alessandro Covi (UAE Team Emirates).

The stage win propelled him to the top of the overall standings, unseating overnight leader Alejandro Valverde (Movistar), who finished the race in second overall with Covi rounding out the GC podium.

Nibali’s dual wins on the day are his first since all the way back in July of 2019, when he climbed to victory at Val Thorens on stage 20 of the Tour de France in his final season at Bahrain-Merida. Nibali then transferred to Trek-Segafredo. His 2019 campaign saw him take plenty of solid results, with a Monument top 10 at Il Lombardia and a Grand Tour top 10 at the Giro d’Italia, but no wins. The winless stretch continued through this season, where Nibali has been less of a factor in the big races, but Friday’s performance was an emphatic display with Il Lombardia – a race he has won twice – only a little over a week away.

“This victory means a lot. In my land, Sicily, I won, and it’s something that I was waiting for a long time, for me and for the team,” Nibali said. “I am very emotional about this; I have no words.” 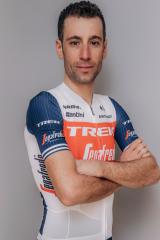