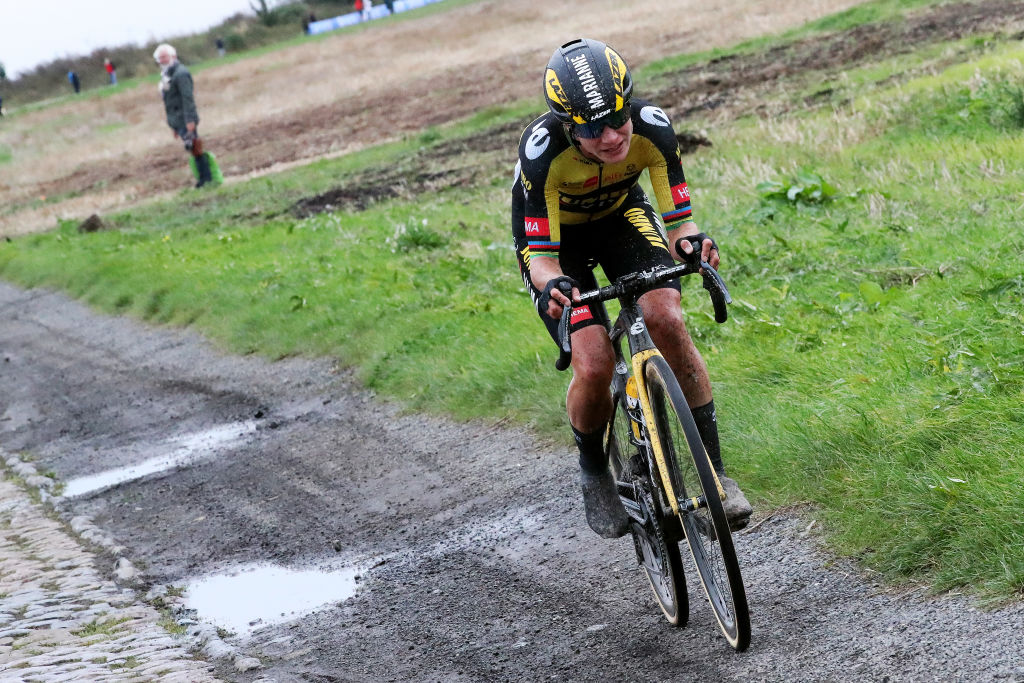 Marianne Vos (Jumbo-Visma) made a successful transition from a podium at the first women’s Paris-Roubaix to cyclo-cross, taking out the opening World Cup in Waterloo.

Vos barged her way to the front ahead of world champion Lucinda Brand (Baloise Trek) and held it to the line to take the victory, with Denise Betsema (Pauwels Sauzen) rounding out the podium.

Rochette gained a solid advantage halfway through the opening lap but Brand moved through the field into second place and quickly nullified the Canadian’s lead. A surge from Denise Betsema (Pauwels Sauzen) cost Rochette a few positions, and Betsema, Brand, Worst, and Vos went clear to form a four-rider leading group on lap two.

On lap three, Betsema attacked, jettisoning Worst out of the group where she chased with Hungarian champion Kata Blanka Vas (SD Worx), but then Betsema dropped her chain and had to stop to free it. That left Brand and Vos as the leaders at the halfway point.

Blanka Vas and Worst almost made contact early on lap four as Jolanda Neff (Trek Factory Racing) fought her way through the field to fifth. Worst was the first to bridge across to the leaders, then Blanka Vas, a surging Betsema, and Neff also joined the front group. Next came Helene Clauzel to make it seven in the lead.

Brand made a move on lap five, attacking hard into the flyover to overtake Neff and Blanka Vas and open up a gap of a few seconds with Vos leading the chase. The Jumbo-Visma rider made contact halfway into the penultimate lap but Brand never let off the pressure.

Neff fumbled the transitions on the run-up and lost contact with Betsema, who went on to make contact with the leaders on the final lap just as Vos came to the front and surged on the climb. Betsema came to the front on the twisting, technical section ahead of the pits, but Brand put in a stinging attack to retake the lead before the flyover.

Brand and Vos nearly came to grips on a downhill turn as the world champion fought to hold the lead position, but Vos made a surge and managed to take the lead before the final turn.